I drive the same route to work or my studio (they're across the street from each other, how sweet is that?), five days a week. I wind my way through two of Calgary's most gracious neighborhoods, full of grand trees and thoughtful gardens, and stately homes, too, at least where they haven't been demolished in favour of more bathrooms than the average century-old house can offer.

Oddly, it's not usually the composed landscapes that catch my eye. Nope, it's the tangle of brush left to grow wild on the escarpment, the ornamental grasses planted on a slope to control erosion, or a cast concrete planter strategically placed to stop drivers from using a well-to-do residential street as a short cut to downtown. 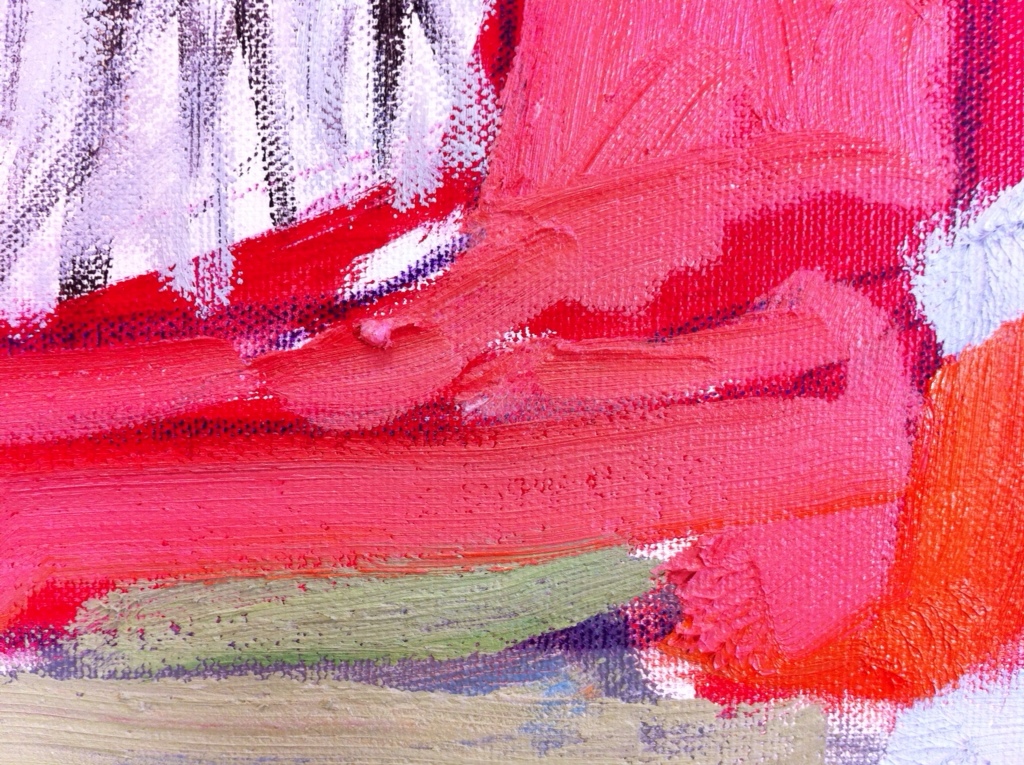 This is a detail of the as-yet unfinished study of said planter, which catches my eye every time I hit the four-way stop where Premier Way meets 10th Street (which is a lovely intersection; I've painted it before, here). There's something about the vaguely canoe-ish curve next to the slashing branches next to water gleaming on the road…ah, abstraction everywhere. Yes.
I switched up my route the other day and came at it from a different angle. Though I was looking, I was past it before I realized that the drab naked hedge surrounded by square grey concrete was my painting. Wait, what, that? No, it can't be.
But it is. This morning I pulled up to the stop sign and checked to my left, business as usual, and there was my painting, right where I left it.